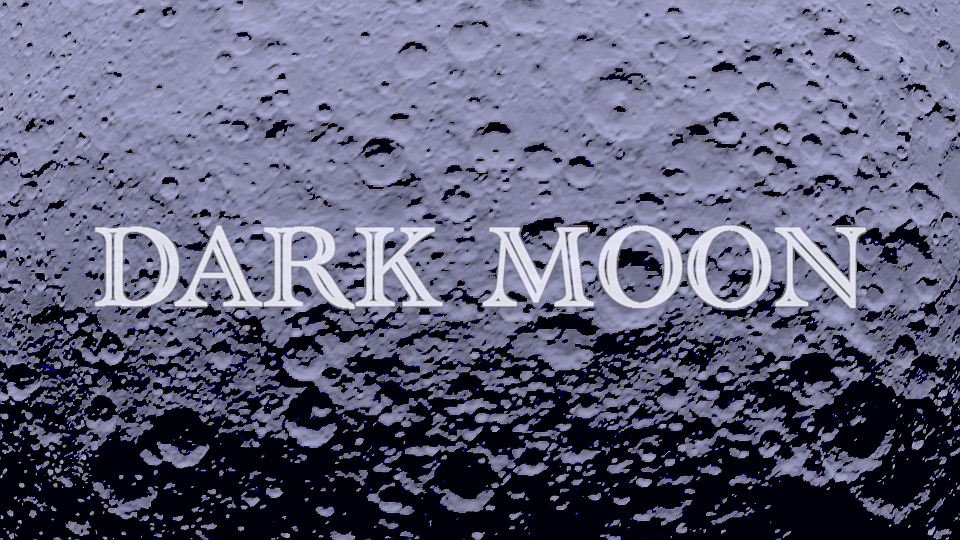 Dark Moon is a re-arrangement and re-voicing of Ludwig van Beethoven's Moonlight Sonata. It is rendered in Pythagorean Tuning. The music was created with JFugue. The imagery was generated with JMonkeyEngine, using Lunar Topography data from NASA's Lunar Reconnaissance Orbiter Mission.

The music of Luna is in a Limit-7 Just Tuning. The music was created with JFugue. The imagery was generated with JMonkeyEngine, using an exaggerated and moving topography loosely based upon data from LROC. The bass line of Luna is a set of permutations of the melody of Guter Monde. The accompaniment is a set of permutations of Allouette* and Frére Jacques. The melody line is excerpted from The Moon Rose O'er The Battle Plain, a song of the American Civil War, author unknown. The Intro, Interlude, and Finale are excerpted from the Aria in part 3 of the Bach Chorale Wie schön leuchtet der Morgenstern

*Known among the cognoscenti as "Ravioli" 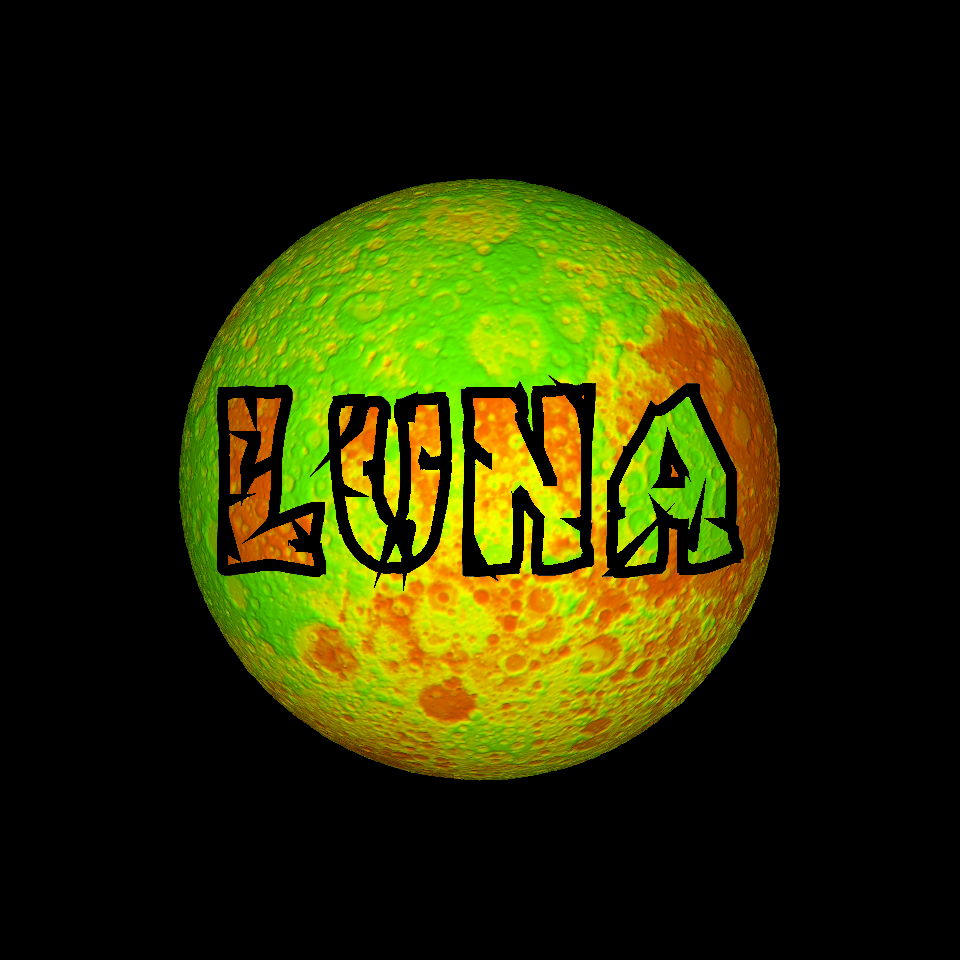 This is a short excerpt of Take A Ride. Video and Audio may be downloaded here.

Note: For a stunning rendition of Tsuki, see the Women of the World.

Take A Ride is a simple song in a pentatonic Limit-7 Just Tuning. The musical interlude is Tsuki. The music was largely created with JFugue, with some direct music synthesis done in Java. The vocals were tuned to the just frequencies with the help of Piotr Wendykier's JTtransform*.

*Done by a professional operating under controlled conditions. Kids, don't try this at home.

Fortunato is in ordinary Equal Temperament, featuring real guitars. The interlude is excerpted from Antonio Caldera's Trio Sonata in D minor, Op.2 No.1, from 1699. Ascertaining the source of the lyrics and video clips is left as an exercise for the reader.

This is a short excerpt of Fortunato. Video and Audio of all four Luna Tunes may be downloaded here.

All development was done with free or open-source software.

Java in Netbeans was used extensively for this project, with heavy reliance on the Apache Commons Mathematics Library. All music was mixed with with Audacity! All videos were created with the X264 Codec. Audio and Video were merged with ffmpeg. Extensive image manipulation was done with batch-mode Irfanview. Titles were created with Open Office.

Web pages were built with Notepad++, and uploaded with FileZilla. 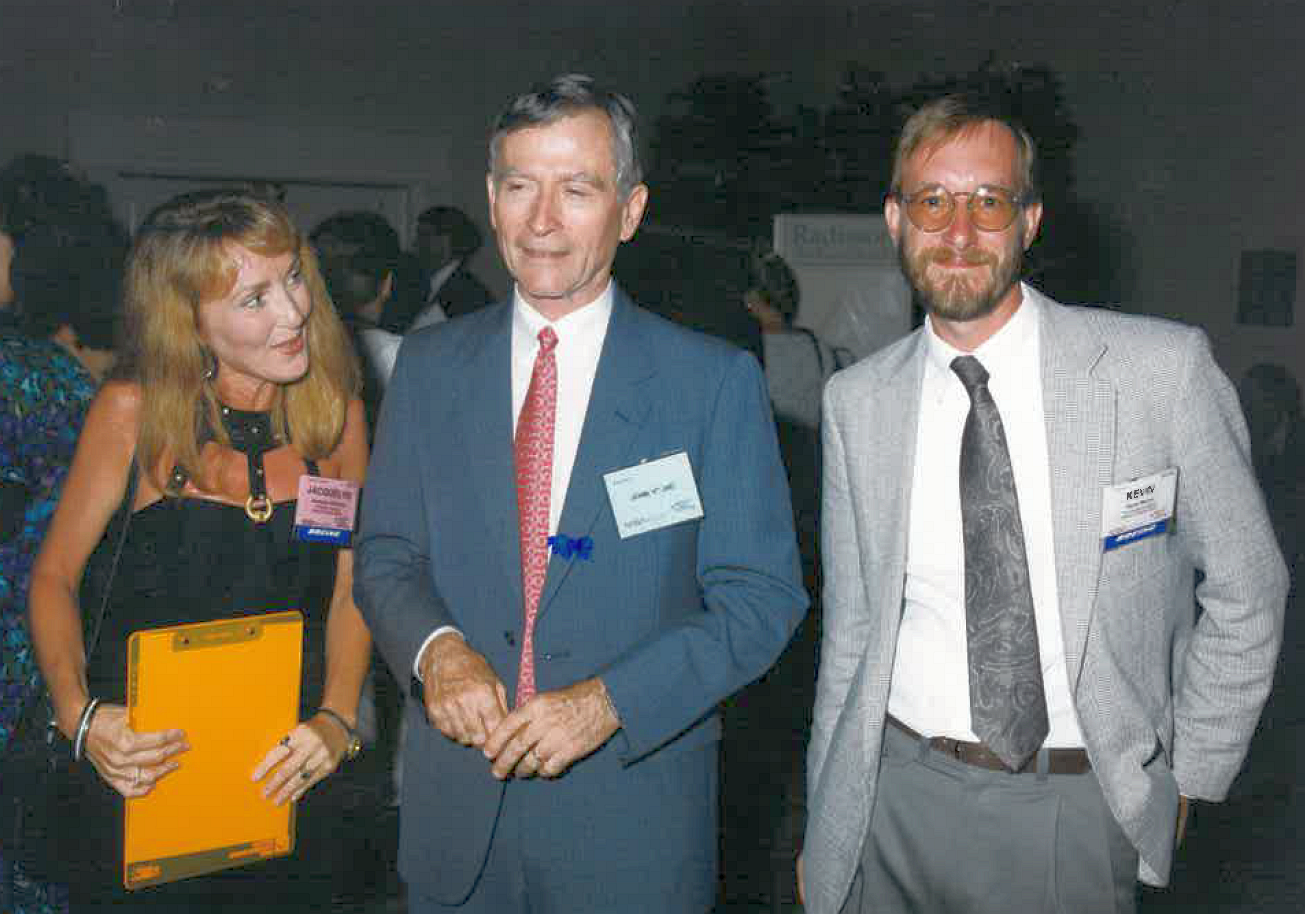 Kevin Christopher Moore is an Aerospace Engineer working in Huntsville Alabama where he tries to make some small contribution to NASA's Space Launch System. Here, Mr. Moore and his Honey are shown hobnobbing with Moon Rider John Young, who in no way would ever have endorsed or even cared about any of the products on Oculo Aurem.

If you like Moon Songs, Moon Books and all things lunar, chack out Cheryl Robertson's Whole Moon Page.

For some eclectic listening, try Serious Moonlight Sonatas on WFMU!

Visit my Experimental Video Music Channel, Asteroids On Daily Motion, or on Minds, or on Music Video World.

All audio and video is copyright © 2019 Kevin Christopher Moore.

Links to these videos may be posted anywhere, but the actual audio or video may not be posted to other websites.


Video and Audio of all four Luna Tunes may be downloaded here.